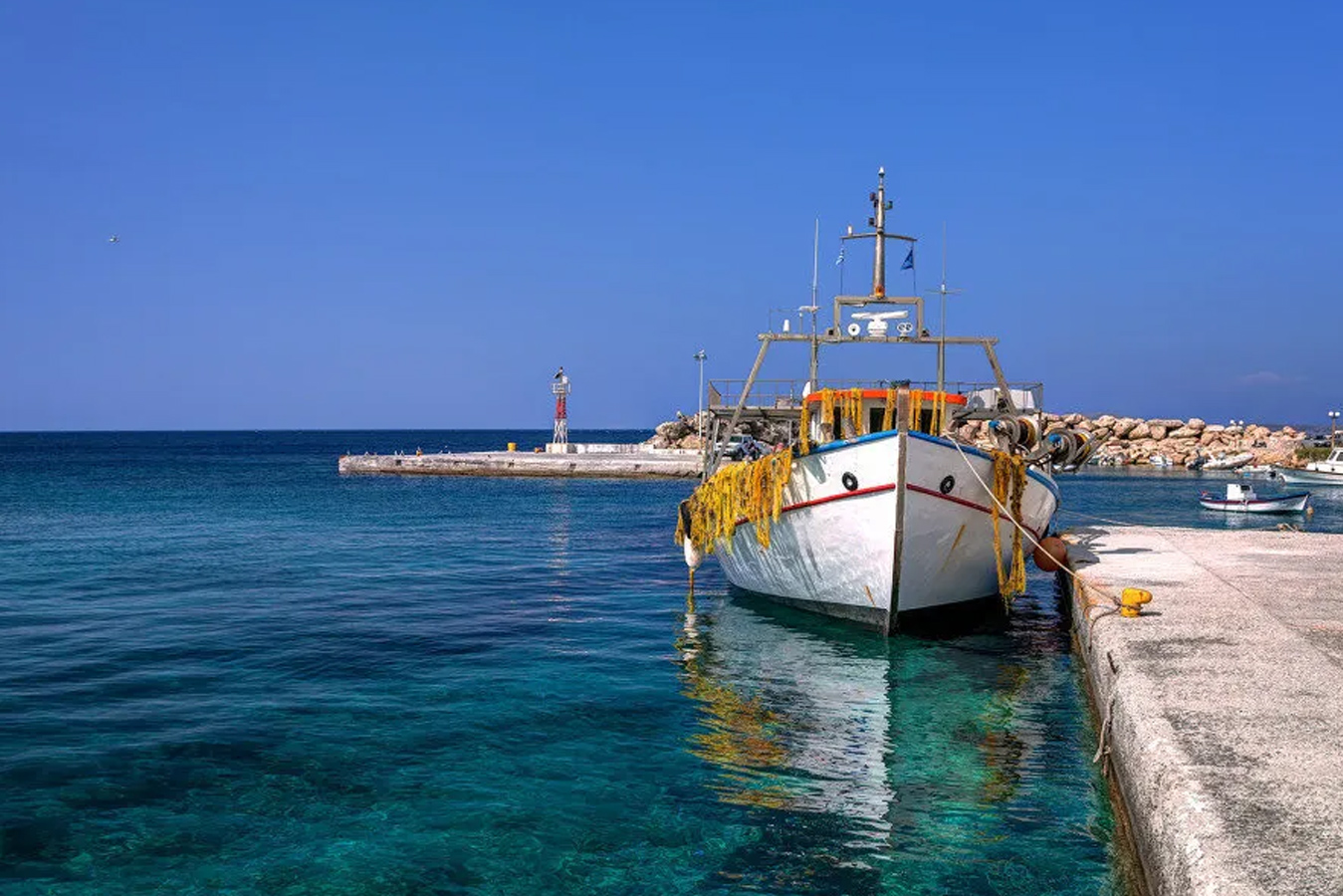 It is an ideal destination for those looking for a quiet vacation, to enjoy swimming in its emerald waters, to walk on the well-preserved old paths.

To experience the tranquility and quality of an island that until recently was a hidden destination that has not been altered by modern rhythms.

Donousa or Denousa or Donoussa has been its name since antiquity, although many times it changed again over time. However, according to researchers, Donoussa appears in Virgil under the name "Viriden" due to its abundant vegetation and green marble, while foreign sailors, in the 19th century, called it "Stenoza" or "Spinosa".

In mythology, Donoussa played an important role in the development of Dionysus' relationship with Ariadne, as the god chose her to take his chosen one there and protect her from Theseus, who in the meantime had abandoned her on Naxos. Certainly, however, during Roman times the island was a place of exile while in the Middle Ages it served as a pirate stronghold.

Donoussa was inhabited again in 18ο century by residents of Amorgos. In Messaria is the ancient settlement of Donoussa in the area of ​​Vathi Limenari which dates from 8ο-9ο century BC

How to get to Donoussa

Access to the island is by Blue Star Ferries from the port of Piraeus ( www.bluestarferries.gr ) throughout the year. As well as with Skopelitis express via Naxos or Amorgos 3 times a week which also connects the island with the other small Cyclades. In addition, it is possible to come through Syros once a week with the company SeaJet that makes the intra-Cycladic line.

The total network of Donoussa is 11 km. In Donoussa, there is no gas station so those who come by car get fuel before the trip. During the tourist season the local minibus comes and goes all day, as well as taxis and also some beaches and sights of the island you can visit them daily by sea with "Donoussa Magissa", while you can always follow the paths that connect Stavros with the settlement of Messaria, Mersini or Kalotaritissa.